This is how my school allowed sexual abuse towards female students

I don't think there's a single time I've been groped in public by a stranger that I haven't wondered if I could have done something to prevent it.

But never if he could have done something to prevent it. Like deciding not to touch myself against my will, for example…

Although they were the ones who made the decision to go for my ass or put their hand between my legs without asking me, without me wanting to, I kept turning my responsibility over and over in my head.

Can you blame me for seeing him like this? Think that I went to a convent school where the uniform was compulsory. And the girls', of course, was a pleated skirt.

From elementary school to the last year of high school you ran the risk that one of your classmates would have the idea of ​​lifting your skirt.

And it didn't matter if you were going to complain to the teachers. The "these are children's things" took away from the abuse of him.

We, on the other hand, felt the shame twice. First because they had literally left us in our panties.

Second because it was in front of the whole class.

And with a feeling of injustice and powerlessness to see that nobody helps you, that nobody takes it seriously and that you have to accept something unpleasant. That becomes the day to day. 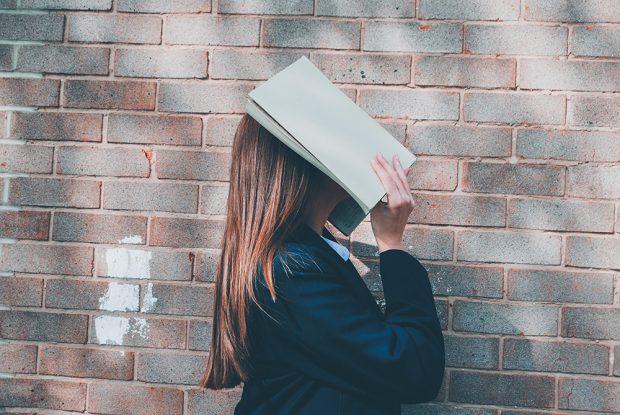 It left the same bitter aftertaste that ends up becoming familiar when a group of strangers yell obscenities at you or a man in a suit who just got off work walks past you and, invading your personal space, tells you that he wants to eat it.

But you keep quiet, because no matter how embarrassed you are, that's safer than responding and him being able to react with violence.

For the teachers it was a "trouble" without any evil. For us the ordeal that our intimacy was exposed.

Demonstration of how to use bundles and sticks to teach place value in Numeracy. #JisomeeJitegemee… https://t.co/4gwdBAHr9S

And I won't even tell you about the nightmare that he became when we entered the years in which we were getting our period. That they could see the wings of the compress was the height of humiliation.

So the solution of the school center, faced with the growing wave of "skirts", was to advise the students to wear shorts over their panties.

If we didn't want to stay in our underwear, we had to change our way of dressing every day.

It didn't stay there. Those who did not wear this type of shorts and their underwear was visible, were considered "sluts".

Because even with the option of pants, they preferred not to wear them. Sign that they liked to be done and really wanted to stay in their panties.

My school never considered taking kids from every grade and teaching them that what they were doing was wrong. That they should respect us.

What they achieved was that they spent all their school years learning that they could invade the privacy of their female classmates without anything happening.

And we the same number of years learning that it was our responsibility to protect ourselves. Because if they didn't, the punishment would be to be humiliated with the stigma of enjoying that abuse.

When every day of the first years of your life you apply the message that only you are responsible for abuse, how can we not reach adulthood feeling guilty that they force us, whistle at us, kiss us, rape us or kill us? ?

And how can we expect them to respect our body, without us letting them, when they have always had access to it?